Natural Person Who is That or They? 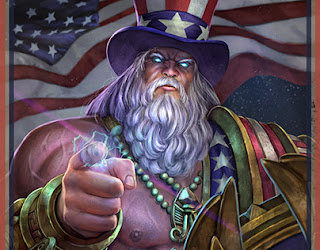 In jurisprudence, a natural person is a person (in legal meaning, i.e., one who has its own legal personality) that is an individual human being, as opposed to a legal person, which may be a private (i.e., business entity or non-governmental organization) or public (i.e., government) organization.


Natural Person. The term “natural person” refers to a living human being, with certain rights and responsibilities under the law. By contrast, a “legal person,” or an “artificial person,” is a group of people that is considered by law to be acting as a single individual.

Natural person is a real human being or an actual person as distinguished from a corporation which is often treated at law as a fictitious person.

NATURAL PERSON: A human being, naturally born, versus a legally generated juridical.

We all have inherent rights – unalienable, God-given, natural rights – regardless of whether a nation's government recognizes it or writes it ...What are unalienable rights? How to define unalienable rights? Unalienable rights are those which God gave to man at the Creation, once and for all. By definition, since God granted such rights, governments could not take them away. In the United States of America, this fundamental truth is recognized and enshrined in our nation’s birth certificate, the Declaration of Independence:

“[All] men are created equal…[and] are endowed by their Creator with certain unalienable Rights, that among these are Life, Liberty and the pursuit of Happiness.” Unalienable rights belong to each person by virtue of the fact that man is made in God’s image, and is therefore endowed with certain attributes, powers, freedoms, and legal protections as part of his essence. These rights are thus inseparable – from each person individually and from the human race in general. They are a gift from the Creator and it is impossible for government to alter or nullify mankind’s divine inheritance. An exhaustive list of the unalienable rights possessed by man would probably fill several volumes. However, at a minimum they include the right to life, liberty, and the pursuit of happiness. In general, the courts have not decided which rights are unalienable and which are not.

First Trick:
The first 'trick' of the Government is the re-definition of certain critical words in each Statute (Act). They (the Government) want you to presume the ordinary meaning of the word so as to trick you into reading and interpreting the Statute in their favour. Here is a summary of some of the Trick Words. Two key words that are re-defined in almost every Statute are the words "person" and "individual". There are only two "persons" in law, a human being, and everything else:
A natural-person is a legal entity for the human-being. An artificial-person is a legal entity that is not a human being. Comment from DetaxCanada: Both types of “person” are legal fictions. A natural person is a human in the false or fictional status of slave crewmember on a make-believe ship called a “body politic”. An “artificial person” is a make-believe ship called a body corporate or politic. The definition found in dictionaries states that a natural person is a human being. In legal terms, a human being refers to a human body without considering the mind - it being the captain of the vessel called the human body. A vessel at sea (equivalent to an ‘adult human’)  is impervious to outside command , as the captain is the supreme commander. A human who is of  “natural person status”, is as a captain of a vessel in ‘dry dock’ – he and his vessel being subservient to the vessel owner, the Crown.. The natural status of an (adult) human is “free will”, and thus sovereign over his own human body. Outside control is equivalent to some form of “piracy” - call it what you may. Here are the exact definitions from Barron's Canadian Law Dictionary, fourth edition (ISBN 0-7641-0616-3):

You will observe that the natural-person has the "capacity" (i.e. ability) for rights and duties, but not necessarily the obligation. The artificial-person has rights and duties that may be attached (i.e. assigned) by laws. Comment from DetaxCanada: “Capacity for” is not the same as “Having” rights and duties. The only ‘duties’ a free-will human has are those found in the negative and positive form of the Golden Rule – Do (or, do not) unto others as you would have (not have) others do unto you. Thus, for the free-will human, rights and duties come from the Creator Father, not from government. The “created” cannot dictate to the “creator” – and as the Declaration of Independence says: “That to secure these rights, Governments are instituted among Men, …” Alternative expressions for a "natural-person" are "real-person", "human-person", or "human-being". Since governments have recently become paranoid about the use of the term "natural-person" perhaps it is better to use the terms "human-person" or "human-being" instead. Other terms like "private-person" could be misleading because a "private legal entity" (such as a private corporation versus a public corporation) may be called a private-person, which should not be mistaken with a natural-person, human-person, or human-being. The trick is to get you to believe that "private" means "human", which is not necessarily true.

The second 'trick' of the Government is to use the Interpretation Act to define words that apply to all Statutes, unless re-defined within a particular Statute. Without this knowledge, you could presume the ordinary meaning for the words you are reading, not realizing that they may have been defined by the Interpretation Act. Unless these words have been re-defined in another Statute, the underlying definitions for the two most important words still apply, either from the Interpretation Act, or the Canadian Law Dictionary. Basically, they are defined as follows: from the Canadian Law Dictionary we find that:
individual means a natural person,
from the Income Tax Act we find the re-definition:
individual means an artificial person.

Here is the interpretation of "means" within statutes: Basic Form: subject means objects;

Example from the Bank Act:


"person" means a natural person, an entity or a personal representative;

Interpretation of the above Example from the Bank Act:


Any pre-existing definition for "person" is substituted with the given objects, so when person is stated in the Bank Act, any or all of the objects are used in place of the word person.

Here is the interpretation of "includes" within statutes:
Basic Form: subject includes players;

Example from the Income Tax Act:


"employee" includes officer;
"corporation" includes an incorporated company;
"insurance policy" includes a life insurance policy;
"taxpayer" includes any person whether or not liable to pay tax;
"person", or any word or expression descriptive of a person, includes any corporation, and any entity exempt, because of subsection 149(1), from tax under Part I on all or part of the entity's taxable income and the heirs, executors, liquidators of a succession, administrators or other legal representatives of such a person, according to the law of that part of Canada to which the context extends;

Interpretation of the above Examples from the Income Tax Act:


An officer may play the role of an employee, but not vice versa. For example, any employee(pre-defined - may be a waitress) may not play the role of a Judicial Office (an officer). Within the Income Tax Act, both employee and officer are pre-defined by the use of the verb means.

A corporation (including an incorporated company) may act as a person, but not vice versa. For example, any person (e.g. an individual, or a natural person) may not act as a corporation.

Here is the interpretation of "means and includes" within statutes: Basic Form: subject means objects, and includes players;

Example from the Interpretation Act:


"province" means a province of Canada, and includes the Yukon Territory, the Northwest Territories and Nunavut;


Any pre-existing definition for "province" is substituted with "a province of Canada", and any of the players (Yukon Territory, the Northwest Territories and Nunavut) may play the role of a province, but not vice versa. For example, any province may not play the role of Nunavut.

The use of the word includes is key to understanding your potential loss of natural-person. This is the major trick used by the Government in an attempt to take away your natural-person rights. Unless you know this, you will voluntarily forfeit your rights. Now that includes is no longer believed to be restrictive, you have to look eslewhere in the statutes to find out where your rights, as a natural person, are preserved. Your rights will be upheld somewhere, you just have to find out where.

The fourth 'trick' is directly attributable to a defect in the English language in respect of the verb 'to be'. In the English language there are many different meanings of the verb 'to be' and the reader/listener may misinterpret the intended (or 'trick') meaning and thereby draw the wrong conclusion from its use. The two different and distinct meanings of the verb 'to be' which concern us are: the one meaning which relates to the essence of the subject (such as the table is made of wood; he is strong) and the other meaning which relates to a temporary location or position (such as the table is over there; he is a swimmer).
To be succinct, the two relevant meanings of interest, in this 'trick', may be summarized by the following simple definition:
to be, means 'to have the essence of, to exist or live' (in the sense of essence), or 'to occupy a place or position' (in the sense of location or position). By the way, the noun 'essence' requires the helper verb 'to have'. Be careful with 'exist' because an artificial person can 'exist' on a piece of paper somewhere in a file, but an artifical person cannot exist as 'living'
Now to utilize the Fourth Trick associated with 'to be', a judge may make a ruling as follows
"a natural person is a taxpayer", or "a natural person is a driver" which immediately translates into the valid conclusion, with regard to occupying a position (because someone has to do the paperwork), that:
"a natural person occupies the position of a taxpayer" However, a judge cannot make a ruling that:
'a natural person has the essence of a taxpayer'
'a natural person lives as a taxpayer' because human rights are immediately violated and slavery woud be condoned by the judge.

The conclusion, in respect of the Fourth Trick, is to be careful when reading the word "is" and check for 'essence' or 'location'. What you think you read may not be in fact what you really read.

You can very quickly get clarification by asking: "When you say is, do you mean occupies a position, or do you mean has the essence of (lives as)?" With this question you will immediately expose any 'trick' which is being utilized.

The fifth 'trick' is the use of the word 'you' to create joinder between the one who speaks, and the artificial-person. See the PDF document Who Is You? for additional insight.

The seventh 'trick' is to have you affix your "signature" to documents, thereby creating joinder with Artificial Person represented by the "signature" in some official capacity. Human beings use an "autograph" not a "signature".

"Whereas it is essential, if man is not to be compelled to have recourse, as a last resort, to rebellion against tyranny and oppression, that human rights should be protected by the rule of law,"
(Preamble - Universal Declaration of Human Rights)